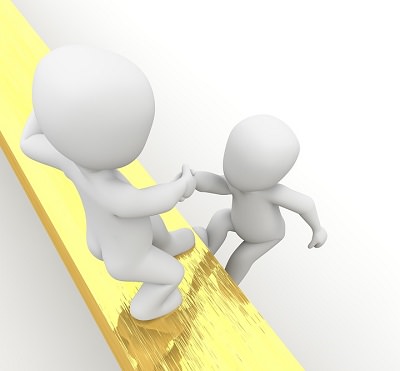 Panama has ratified the United Nations Convention relating to the Status of Refugees of 1951 and the Protocol on the Status of Refugees of 1967 in accordance with Law No. 5 of October 26, 1977. A procedure for determining refugee status was developed by Executive Decree No. 23 of February 10, 1998, which was canceled by Executive Decree No. 5 of January 16, 2018.

In the Republic of Panama, the National Refugee Assistance Office (ONPAR), which belongs to the Ministry of Internal Affairs, accept the applications for granting refugee status. The Office is responsible for collecting information relating to applications from refugees and making decisions on the beginning of the processing of such applications or about their rejection.

To file an application of a refugee, a person should be subject to the definition of a refugee established by executive decree No. 5 of January 16, 2018, that is, any person who meets the requirements set forth in Article L “A” of the Convention of 1951 and the Protocol of 1967 on the status of refugees can apply. year on the status of refugees. In addition to the provisions of the aforementioned Executive Decree No. 5, this person also should receive protection in the territory of the Republic of Panama in order to save his own life, personal inviolability, freedom, and security, as well as the safety of his family.

Any person who taking into account the reasonable fears of becoming a victim of persecution on grounds of race, gender, religion, nationality, belonging to a certain social group or because of political convictions is outside the country of his citizenship or his country of usual residence and cannot, due to his fears or does not want to use the methods of protection in his own country or who, due to lack of citizenship and being outside the country in which he earlier constantly lived, cannot due to his fears, or unwilling to return to this country can be recognized as a refugee.

Besides, any foreign citizen who, due to certain reasons which arose in his country of citizenship or habitual residence during his stay in the territory of such a country, has reasonable fears of becoming a victim of persecution on grounds of race, gender, religion or membership in a certain social group or because of his political beliefs is considered to be a refugee.

Although the procedure for obtaining refugee status can be initiated directly by the interested party, professional consultation is also important to prepare the essential and correct arguments which should be submitted together with the application, as well as to arrange a meeting with the UN Refugee Agency (ACNUR) and Norwegian Refugee Council with a view to receiving support, as the opinion of these organizations are also taken into account in the course of the procedure for obtaining refugee status. The evidence confirming the reason for the desire to receive refugee status can be indicated when filling out the form or application or after submitting the application. It will become the first stage, which can be called preparatory or preliminary, as at this stage information about the applicant is analyzed in order to obtain the desired result or receive recommendations which he needs to prepare to meet the conditions for applying for the refugee status.

The second stage (the first stage, according to the Resolution № 5) 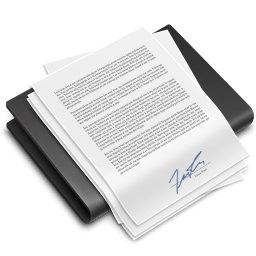 Providing the application by the interested party or attorney. The application should be submitted within a period not exceeding 6 months from the moment when the person arrived in Panama by means of the National Refugee Assistance Office (ONPAR). The presence of the applicant is necessary for his data registration. At this stage, it is recommended to submit all the evidence confirming the refugee status, selected at the previous (preparatory) stage.

After the application is submitted, a date for an interview will be assigned to the applicant by an Interdisciplinary Team, which includes lawyers, social workers, psychologists, and ONPAR staff. Interviewing is very important, as this interdisciplinary team makes recommendations which are not obligatory for initiating the procedure, but have influence at making a decision on whether the applicant has the right to submit the application for obtaining the refugee status.

The third stage (the second stage, according to the Resolution)

After the interviews take place and the recommendations of the Interdisciplinary Team are given, the issue of accepting or rejecting the submitted application will be resolved. Accepting the application for processing means that the person does not yet have refugee status, but he can continue the process of its receiving.

If the application is rejected, the applicant has the right to appeal to the ONPAR for reconsideration and to present new facts, which due to lack of time, as well as for reasons which are not depend on the applicant, were not provided by him or which were found after the application was submitted and if repeated refusal is received, the applicant can apply to the Third Hall on Civil and Administrative Cases of the Supreme Court of Panama and apply for cancellation of the ONPAR decision and for a new opportunity to accept his application for consideration.

The fourth stage (the third stage, according to the Resolution №5)

If the application is accepted, it is submitted to the National Refugee Protection Commission (CONARE), which includes the following officials who have the right to vote and voting: 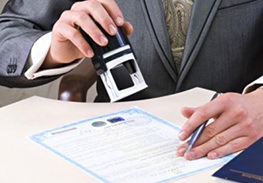 The Commission also includes the following persons which have the right to vote:

If CONARE grants the applicant a refugee status, the applicant’s case is sent to ONPAR to coordinate and execute the decision through the National Immigration Service, through the Ministry of Labor, through ACNUR and other relevant agencies.

If CONARE decides not to grant the applicant refugee status, the applicant may appeal to reconsider his application directly to CONARE, and if the decision is negative again, the appeal can be submitted to the Ministry of the Internal Affairs of Panama as the final government authority. During filling the application, new facts can be found that, for the reasons which are not depending on the applicant, could not be submitted earlier or were discovered recently.

If the appeal decision is not in favor of the applicant, he may apply to the Third Administrative Hall of the Supreme Court of Panama and apply for the cancellation of the ONPAR decision and for the possibility of granting him refugee status.

All information (written or oral) and any documentation you provide to ONPAR will be stored in accordance with the principle of confidentiality. Except for the exceptional cases described in the national legislation, ONPAR will not disclose to anyone the information provided by you or your family to this organization. Government institutions in Panama, as well as ACNUR and its partners, should adhere to the principle of confidentiality regarding any information that you or ONPAR have provided to this organization regarding your issue.

To prove the necessity of obtaining the refugee status, the following conditions should be met:

The applicant’s rights: In accordance with the Convention of 1951 and the Protocol of 1967 relating to the status of refugees, the rights of the applicant and his family to the refugee status are as follows:

The rights of the refugees and their families in accordance with the Convention of 1951 and the Protocol of 1967 relating to the status of refugees, the Political Constitution and the laws of the Republic of Panama are as follows:

The following are the additional responsibilities of the applicants for obtaining the refugee and refugees status which are not specified in the Political Constitution and the Laws of the Republic of Panama:

Dear visitors of the website, the certified lawyers of RPI Solutions company have a long-term positive experience and successful practice in representing the interests of foreigners, non-citizens of Panama in ONPAR institutions and in the international office of the United Nations Refugee Commissioner in Panama as the applicants on obtaining the refugee status. We know very well how to organize basic legal work at your place of residence in Panama if you become an applicant in refugee status, we can also organize your life and comfortable stay in this beautiful country of Latin America, remove the current problems during the consideration of your application, solve a lot of problems including problems of financial nature.

If the problem considered in this article occurs in your case and you and your family are in danger in the cases specified in the regulations of the UN Commissariat for Refugees (ACNUR) you can fill out a preliminary questionnaire (attached below) and we will conduct absolutely free of charge a preliminary legal analyze of your life situation and assess the prospects for obtaining refugee status in the Republic of Panama.