The influx of refugees into European countries has forced politicians to rethink the current situation and admit that there is no suitable solution to the problem. Tolerance, declared by the Europeans, is being tested for durability. Not all Europeans welcome tens of thousands of migrants from the Middle East countries and Africa, that is confirmed by attacks on refugee camps, both in Germany and in other countries.

Unlike countries with an unstable martial law, a trip for political asylum to Germany for a Russian is connected with other reasons. To increase the chances of receiving a positive response from the EU authorities, you need to know the rules of appeal and prepare yourself morally and physically for the procedure.

How to get political asylum in Germany quickly

Before you ask for political asylum, you need to come to Germany — it’s useless to go to consulates and representative offices outside the country. The request may be submitted by a person in whose homeland: 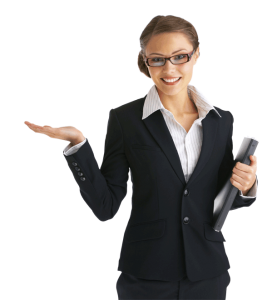 The application is submitted on arrival in Germany or at the airport prior to departure. In the second case, there is a huge risk that the applicant will be brought to a closed camp, where there are no translators and legal assistance, and then deportation is provided for. As for the request in the territory of the country, you first need to get there. If, when applying for a tourist visa, opposite to the column for the purpose of a visit any reason except a desire to receive the status of the refugee is specified, it will be regarded as the fact that the applicant provides false information about the purpose of the trip. Such behavior should be argued and with strong reasons.

You should go for political asylum to Germany by plane with a direct flight, otherwise, the authorities will send the applicant back to the country, the boundaries of which he crossed first. Upon arrival, you should register and receive a temporary identity document. Already on the basis of this paper, you can live in the country and get the right to food and medical care.

Political asylum in Germany: is there a chance to get it by Russians 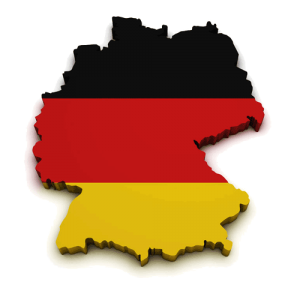 Those who come for political asylum in Germany should consult in advance with a lawyer. The legislation of the country provides for a special act regulating the reception of immigrants and the order of the procedure. One of the main advantages of applying to the authorities of this country is the impossibility of deportation of persons asking for protection. The exceptions are the situations when applicants submit false information in an effort to settle in the country under a simplified procedure.

Germany protects first of all with its political asylum, those who are at risk in their homeland. As a rule, it is a question of military actions, when the whole families leave the native state. Obviously, this option is not suitable for Russians. Therefore, it is necessary to confirm the necessity for protection for other reasons.

Before applying for political asylum, you should go to Germany with evidence that the applicant is exposed to harassment in the homeland because of racial, gender, ethnicity, sexual orientation and objectionable political views.

How to seek political asylum in Germany, so as not to get a refusal

Political asylum in Germany should be requested from the country’s border staff, in the police station, department of the Office for Foreigners or the department of the Refugee Office. There is no sense in contacting the diplomatic authorities.

After filing the petition, the applicant is provided with a translator and offered to register in the Federal Office. 2 weeks are given for this procedure – the permission to be in Germany is valid for so long.

The next step is an interview in the above-mentioned office. The applicant goes to a meeting with a lawyer, if necessary with a translator. The interviewee answers all questions related to his problem.

It remains to wait for the consideration of documents and the decision. If you are going to seek political asylum in Germany, you need to know in advance how compatriots receive refugee status. According to statistics, they refuse applicants who: 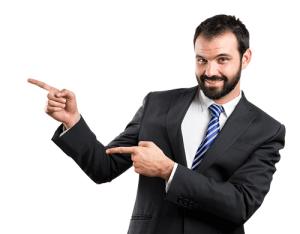 cannot prove the fact of harassment and persecution;

The list of documents that are required to go to Germany for political asylum (the set for Russian people is the same as for an applicant from another country) include:

What conditions will be waiting for you in this country

The procedure for obtaining refugee status is regulated by the Königstein document, according to which there are quotas for the distribution of the arrived people across federal territories.

There are organizations in each territorial district which are responsible for the resettlement of refugees on jurisdictional lands. Sometimes you can negotiate about your own accommodation because the citizens of Dresden, Berlin, Baden-Baden, and Hamburg temporarily accommodate guests. Another option is to settle in the empty assembly and sports halls, uninhabited or purpose-built accommodations. Settlement is carried out taking into account that for each person 6 square meters are required.

Those who are awaiting the decision of the authorities on the petition are set an allowance of 385 euros a month within half a year. The benefits for food, clothing and essential items are extra provided.

Submission of documents to the authorities 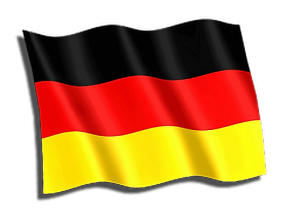 The first stage of the official procedure begins with the submission of documents. Identity documents are attached to the application. This may be a national or foreign passport, birth certificate, driving license. It is obligatory to make a digital photo and fingerprints of all who are over 14 years old. The applicant submits the documents personally. An exception is made only for those serving a sentence, having a residence permit in Germany, minors and who are not able to appear due to their health reasons. The listed categories can send documents by mail, through the authorized representative.

Germany is distinguished by strict laws, and how to obtain political asylum here should be learned in advance while the consideration of the application. Authorities suggest applicants to wait for a decision on their territory with a special certificate. The document restricts the movement of the person specified in it to the boundaries of the district, land or area.

Important: Only BAMF deals with the application, but you can submit documents to the police department, the agency for refugees and immigrants or to the office for foreigners. Anyway, the department decides when and where the main interview will take place.

Features of t passing he interview

The interview is an important step in the procedure for all applicants, including Russians, which results will affect the possibility of obtaining political asylum in Germany. Therefore, it is necessary to be prepared for it carefully, and it is better to enlist the assistance of an international lawyer who understands the laws of different countries.

You should not be late – German punctuality really exists. It is important to get enough sleep and get dressed neatly. You can come with an assistant, a lawyer, a translator. If the latter one is not available, a state specialist will be provided. You should not refuse, because according to the results of the interview a protocol is written in German, which you need to read.

During the conversation, the commission is interested in detailed information about the applicant and his family, asks how exactly the visit to the country took place, and also what reasons prompted to ask for protection in a foreign country. It is advisable to sketch a draft of answers to know what to talk about. The presence of supporting documents is welcomed. If in the course of the interview there are difficulties in answering some questions, it is better not to say anything than to deceive. Talking about the moving reasons, you need to be as convincing as possible and present all the available evidence.

Implementation of the Dublin procedure

Those who are expecting on receiving political asylum in Germany, including it is important for Russians will find it useful to learn about the “Dublin” regulation. This document is valid in the territory of EU, Norway, Iceland, Switzerland, and Liechtenstein. According to the regulation, the applicant can be sent to a third country, where the protection will be provided. The procedure is as follows: the route of the refugee to Germany is studied, fingerprinting is carried out and the state is founded which the applicant has visited on the way to Germany. The authorities report this to the applicant of the legal status by sending his request to the specified country. The only thing that can help in this situation is the refusal of this country to grant refugee status.

What to do if the petition is denied

In case of a negative decision on the petition, you must leave the country within 30 days, otherwise, it will be compulsory deportation. The applicant has the right to appeal to the court against the decision made by the federal agency. You will need the assistance of a competent lawyer. Contact consultants of RPI Solutions for more information.